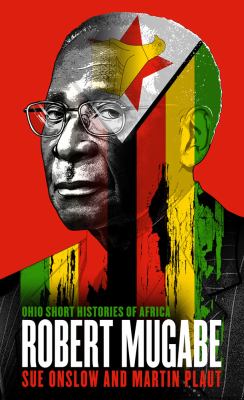 Zimbabwe's President Robert Mugabe sharply divides opinion and embodies the contradictions of his country's history and political culture. As a symbol of African liberation and a stalwart opponent of white rule, he was respected and revered by many. This heroic status contrasted sharply, in the eyes of his rivals and victims, with repeated cycles of gross human rights violations. Mugabe presided over the destruction of a vibrant society, capital flight, and mass emigration precipitated by the policies of his government, resulting in his demonic image in Western media. This timely biography addresses the coup, led by some of Mugabe's closest associates, that forced his resignation after thirty-seven years in power. 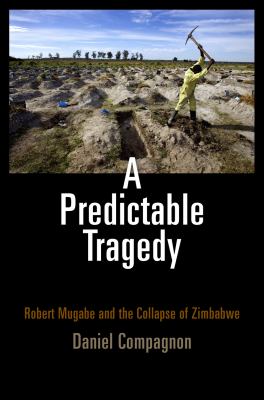 A Predictable Tragedy: Robert Mugabe and the collapse of Zimbabwe

Available at JSCC Jackson Campus
When the southern African country of Rhodesia was reborn as Zimbabwe in 1980, democracy advocates celebrated the defeat of a white supremacist regime and the end of colonial rule. Zimbabwean crowds cheered their new prime minister, freedom fighter Robert Mugabe, with little idea of the misery he would bring them. Under his leadership for the next 30 years, Zimbabwe slid from self-sufficiency into poverty and astronomical inflation. The government once praised for its magnanimity and ethnic tolerance was denounced by leaders like South African Nobel Prize-winner Desmond Tutu. Millions of refugees fled the country. How did the heroic Mugabe become a hated autocrat, and why we're so many outside of Zimbabwe blind to his bloody misdeeds for so long? 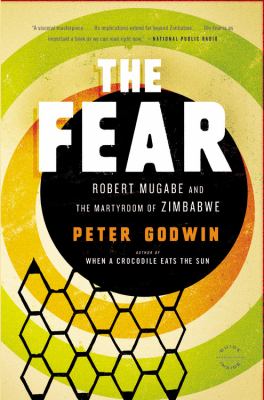 The Fear : Robert Mugabe and the martyrdom of Zimbabwe

Available at JSCC Jackson Campus
In this remarkable look inside Mugabe's isolated yet restive Zimbabwe, journalist Godwin and his sister, Georgina, return to their childhood home and tour the economically devastated and state-terrorized cities, farms, and diamond mines at considerable personal risk, gathering candid interviews with dispossessed farmers, marginalized elites, and former insiders to cast a light on the workings of Mugabe's dictatorship and psychology, and the "fear factor" crucial to his control. 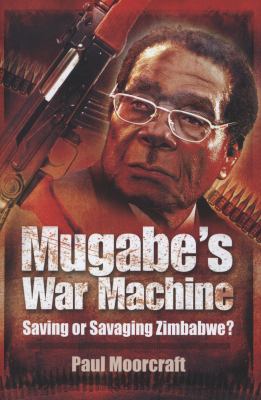 Mugabe's dictatorship had survived due to the vicious military oppression of the population and the ruthless suppression of opposition. At the same time, Mugabe has indulged in numerous military interventions outside his borders regardless of the cost in terms of regional stability, lives, and money. The authors examine the background to Mugabe's accession to power through the black nationalist insurgencies against white rule and the civil war between the black Zimbabweans (ZANLA, ZIPRA, and militia groups.) Once Black power was established in 1980, Mugabe launched a brutal campaign in Matabeleland using his Central Intelligence Organization, police, army, and the Special Forces 5th Brigade. At least 30,000 ‘insurgents and civilians were killed. From 1982 the Zimbabwe Defense Forces (ZDF) deployed to Mozambique to secure vital transport arteries to the coast. In 1985 ZDF fought alongside troops from Kenya and Tanzania against Renamo and the South African Defense Forces. From 1998 to 2005 the ZDF deployed into the Democratic Republic of the Congo ostensibly to support President Kabila but in reality, diamonds and other resources were the motives. This war became known as Africa's First World War. Since 2000 Zimbabwe has been in a state of civil war polarized between Mugabe's ZANU-PF and the MDC opposition. At the same time, the white farmers have been driven off their land and the economy ruined. Despite the so-called Government of National Unity, the outlook remains bleak and Mugabe's grip on power relies on his war machine. 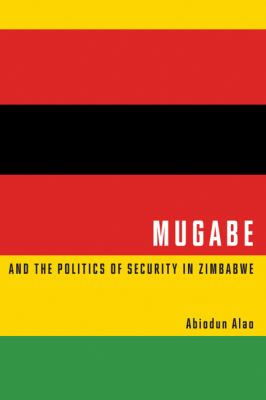 Mugabe and the Politics of Security in Zimbabwe

In 1980, the newly independent and democratic Zimbabwe was a beacon of hope in a troubled region. Three decades later, Zimbabwe became the focus of international attention for very different reasons: acrimonious racial relations, controversial elections, economic hardship, and military intervention in the Democratic Republic of the Congo. Mugabe and the Politics of Security in Zimbabwe argue that this unfortunate transition is intrinsically linked to the ways in which President Robert Mugabe used the politics of domestic and external security for his own gain. Abiodun Alao presents a comprehensive study of defense institutions, domestic security policy, and external use of military force during Mugabe's decades of rule. 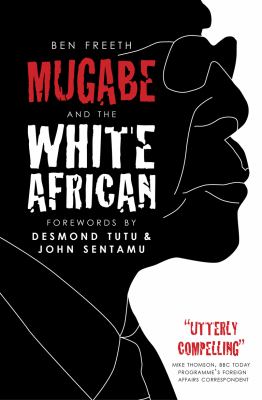 Mugabe and the White African

Ben Freeth has an extraordinary story to tell. Like that of many white farmers, his family's land was reclaimed by Mugabe's government for redistribution. But Ben's family fought back. Appealing to international law, they instigated a suit against Mugabe's government in the SADC (The Southern African Development Community). The case was deferred time and again while Mugabe's men pulled strings. But after Freeth and his parents-in-law were abducted and beaten within inches of death in 2008, the SADC deemed any further delay to be an obstruction of justice. The case was heard, and successful on all counts. But the story doesn't end there. In 2009 the family farm was burnt to the ground. The fight for justice in Zimbabwe is far from over - this book is for anyone who wants to see into the heart of one of today's hardest places, and how human dignity flourishes even in the most adverse circumstances. 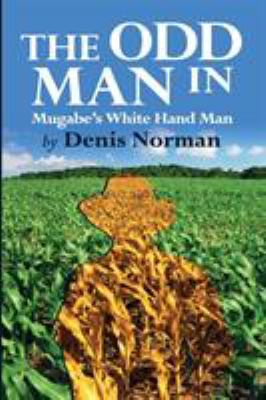 Denis Norman was born into an ordinary farming family in Oxfordshire, England in 1931, and 22 years later he traveled to Africa to become an assistant on a tobacco farm in Southern Rhodesia. Within a few years, he had bought his own farm and had begun to rise through the ranks of the country's agricultural administration. He was President of the Commercial Farmers Union when Robert Mugabe came to power in 1980 and, with no previous political affiliations, he was appointed Minister of Agriculture in the inaugural Zimbabwean government. His story throws a unique and fascinating light on the political and economic development of Zimbabwe. 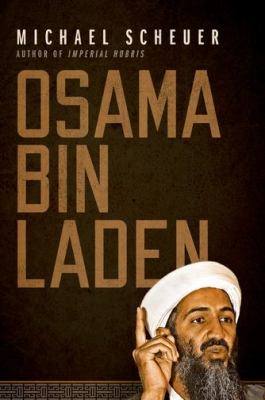 Available at JSCC Jackson Campus
Osama bin Laden as a historical figure, the mastermind behind 9/11, but no longer relevant to the world it created. In this book, Scheuer, the first head of the CIA's bin Laden Unit, provides a closely reasoned portrait of bin Laden. 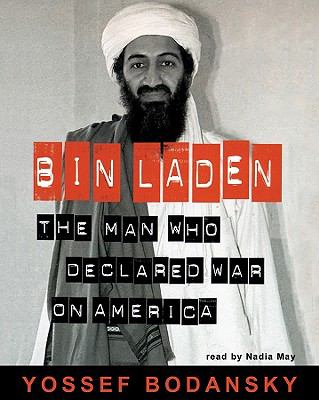 Bin Laden: The Man Who Declared War on America

Available at JCSS Jackson Campus
Who is Osama bin Laden—the only terrorist leader ever to have declared a holy war? What drives him and those he leads to hate a West that helped enrich and arm them? Bin Laden’s name has been linked to a number of incidents that have cost Americans their lives, including the bombing of the USS Cole in 2000 and the destruction of the American embassies in Kenya and Tanzania in 1998. Now, he is linked to the catastrophic assaults on the World Trade Center and the Pentagon. Here is a comprehensive account of the rise of bin Laden. In meticulous detail, world-renowned terrorism expert Yossef Bodansky uncovers the events in bin Laden’s life that turned the once-promising engineering student into a cold-blooded leader of radical Islam. In the process, Bodansky reveals a chilling story that is as current as of today’s headlines but as ancient as the Crusades, a story that transcends bin Laden and any other single man. 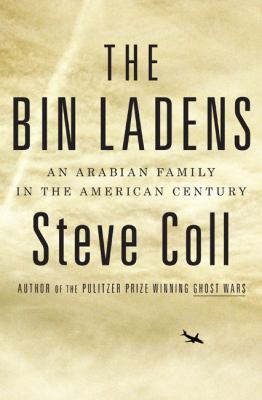 The Bin Ladens : an Arabian family in the American century

Available at JSCC Jackson Campus
The Bin Ladens rose from poverty to privilege; they loyally served the Saudi royal family for generations--and then one of their numbers changed history on September 11, 2001. Journalist Steve Coll tells the story of the rise of the Bin Laden family and of the wildly diverse lifestyles of the generation to which Osama bin Laden belongs, and against whom he rebelled. Starting with the family's escape from famine at the beginning of the twentieth century, through its jet-set era in America after the 1970s oil boom, and finally, to the family's attempts to recover from September 11, this book unearths extensive new material about the family and its relationship with the United States and provides a richly revealing and emblematic narrative of our globally interconnected times. Starting in 2001, much of the world media used the image of Osama bin Laden as a shorthand for terrorism. Bin Laden himself considered media manipulation on a par with military, political, and ideological tools, and intentionally used interviews, taped speeches, and distributed statements to further al-Qaida's ends. In Covering Bin Laden, editors Susan Jeffords and Fahed Yahya Al-Summit collect perspectives from global scholars exploring a startling premise: that media depictions of Bin Laden not only diverge but often contradict each other, depending on the media provider and format, the place in which the depiction is presented, and the viewer's political and cultural background. The contributors analyze the representations of the many Bin Ladens, ranging from Al Jazeera broadcasts to video games. They examine the media's dominant role in shaping our understanding of terrorists and why/how they should be feared, and they engage with the ways the mosaic of Bin Laden images and narratives have influenced policies and actions around the world. 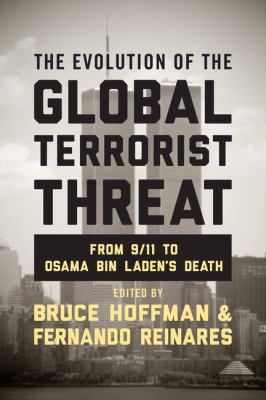 The Evolution of the Global Terrorist Threat : From 9/11 to Osama Bin Laden's Death

Examining major terrorist acts and campaigns undertaken in the decade following September 11, 2001, internationally recognized scholars study the involvement of global terrorist leaders and organizations in these incidents and the planning, organization, execution, recruitment, and training that went into them. Their work captures the changing character of al-Qaeda and its affiliates since the invasions of Afghanistan and Iraq and the sophisticated elements that, despite the West's best counterterrorism efforts, continue to exert substantial direction over jihadist terrorist operations. Through case studies of terrorist acts and offensives occurring both in and outside the West, the volume's contributors investigate al-Qaeda and other related entities as they adapted to the strategies of Operation Enduring Freedom and subsequent U.S.-led global counterterrorism programs. 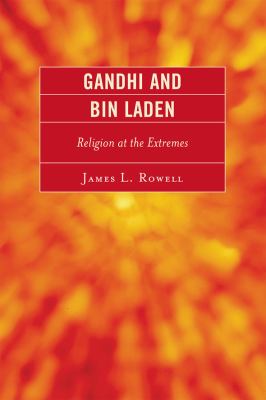 Gandhi and Bin Laden: Religion at the Extremes

No two figures could seem further removed than Mohandas K. Gandhi and Osama bin Laden. Gandhi advocated an inclusive religious perspective and believed that the highest ideals in religion led to the path of absolute nonviolence. In contrast, Bin Laden has concocted a militant and exclusive interpretation of Islam and tried to justify some of the most barbarous acts of terrorism witnessed at the turn of the century. Can both men be equally 'religious' figures? As leaders of movements of political protest, do they have any points of similarity? Moreover, how can the religious philosophy of nonviolence respond to its nemesis, which makes life so easy and casual? These and other important questions are explored in this work that examines the lives and ideas of Mohandas K. Gandhi and Osama bin Laden, as well as that of Abdul Ghaffar Khan, a refreshing, nonviolent representative of Islam. 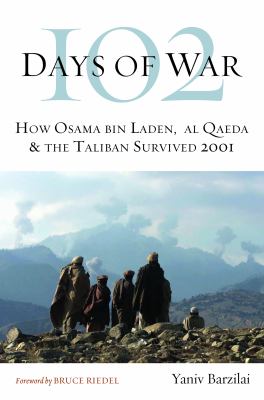 Almost ten years before Osama bin Laden was killed, the United States had the opportunity of a decade to decapitate the organization that so ruthlessly enacted the deadliest foreign attack on American soil in the nation's history. Battles raged across Afghanistan in the 102 days following September 11, from Mazar-i-Sharif to Kabul to Tora Bora. Yet bin Laden escaped while al Qaeda and the Taliban endured the initial onslaught. In 102 Days of War, Yaniv Barzilai takes the reader from meetings in the White House to the most sensitive operations in Afghanistan to explain how America's enemies survived in 2001. Using a broad array of sources, including interviews with top-level U.S. officials at every level of the war effort, Barzilai concludes that the failure to kill bin Laden and destroy al Qaeda at the Battle of Tora Bora was not only the result of a failure in tactics but, more importantly, the product of failures in policy and leadership.