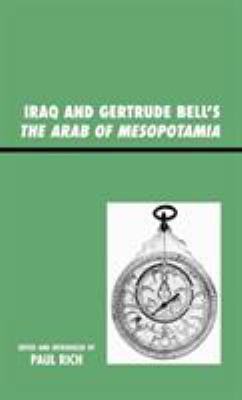 Iraq and Gertrude Bell's the Arab of Mesopotamia

To understand contemporary Iraq and the ongoing crisis in the Middle East, no book provides a surer guide or more unsettling experience, written as it was for another war, another army, and another time. Gertrude Bell for a fleeting moment was the optimistic progenitor of the Iraq that today is becoming unglued. 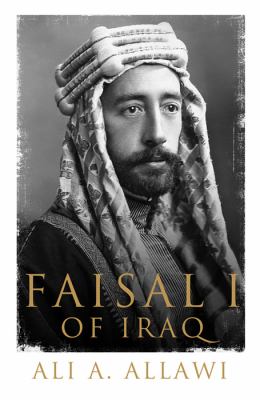 Faisal I of Iraq

King Faisal I of Iraq was a seminal figure not only in the founding of the state of Iraq but also in the making of the modern Middle East. In all the tumult leading to the dissolution of the Ottoman Empire and the establishment of new Arab states, Faisal was a central player. His life traversed each of the important political, military, and intellectual developments of his times. This comprehensive biography is the first to provide a fully rounded picture of Faisal the man and Faisal the monarch. Ali A. Allawi recounts the dramatic events of his subject's life and provides a reassessment of his crucial role in developments in the pre and post World War I Middle East and of his lasting but underappreciated influence in the region even 80 years after his death. A battle-hardened military leader who, with the help of Lawrence of Arabia, organized the Arab Revolt against the Ottoman Empire; a leading representative of the Arab cause, alongside Gertrude Bell, at the Paris Peace Conference of 1919; a founding father and king of the first independent state of Syria; the first king of Iraq in his many roles Faisal overcame innumerable crises and opposing currents while striving to build the structures of a modern state. This book is the first to afford his contributions to Middle East history the attention they deserve. 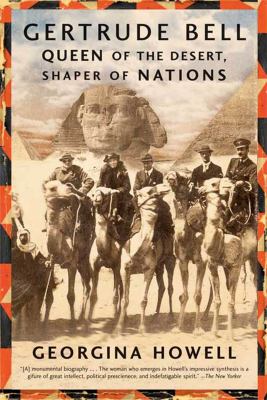 Call Number: DS566.9.B39 H69 2008 In Print Only
She has been called the female Lawrence of Arabia, which, while not inaccurate, fails to give Gertrude Bell her due. She was at one time the most powerful woman in the British Empire: a nation builder, the driving force behind the creation of modern-day Iraq. Born into privilege in 1868, Bell turned her back on Victorian society, choosing to read history at Oxford and going on to become an archaeologist, spy, Arabist, linguist, author, poet, photographer, and mountaineer. She traveled the globe several times, but her passion was the desert--her vast knowledge of the region made her indispensable to the British government during World War I. As an army major on the front lines in Mesopotamia, she supported the creation of an autonomous Arab nation for Iraq, promoting and manipulating the election of King Faisal to the throne and helping to draw the borders of the fledgling state. 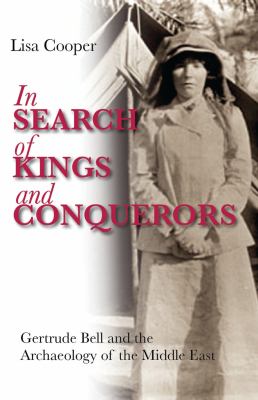 In Search of Kings and Conquerors

At the height of her career, Bell journeyed into the heart of the Middle East retracing the steps of the ancient rulers who left tangible markers of their presence in the form of castles, palaces, mosques, tombs and temples. Among the many sites she visited were Ephesus, Binbirkilise and Carchemish in modern-day Turkey as well as Ukhaidir, Babylon and Najaf within the borders of modern Iraq. Lisa Cooper here explores Bell's achievements, emphasizing the tenacious, inquisitive side of her extraordinary personality, the breadth of her knowledge and her overall contribution to the archaeology of the Middle East. Featuring many of Bell's own photographs, this is a unique portrait of a remarkable life. 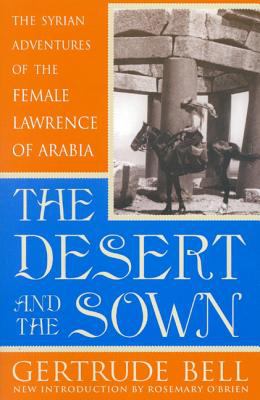 The Desert and the Sown

seeming contradiction, Gertrude Bell was both a proper Victorian and an intrepid explorer of the Arabian wilderness. She was a close friend of T. E. Lawrence, and played an important role in creating the modern map of the Middle East after World War I. The Desert and the Sown is a chronicle, illustrated by over 160 photos, of Bell's 1905 journey from Jericho to Antioch, a land of warring tribes under Turkish control. 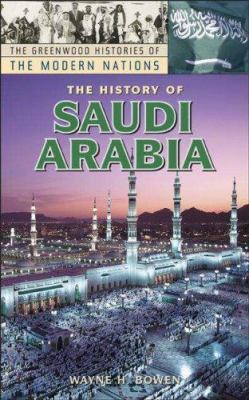 The History of Saudi Arabia 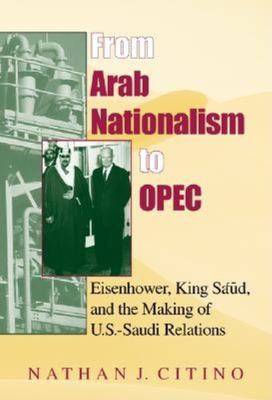 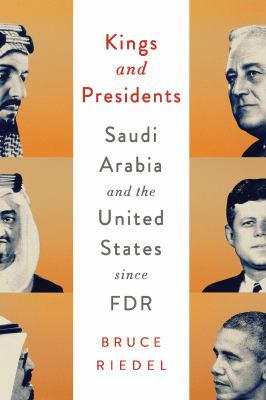 An insider's account of the often-fraught U.S.-Saudi relationship Saudi Arabia and the United States have been partners since 1943, when President Roosevelt met with two future Saudi monarchs. 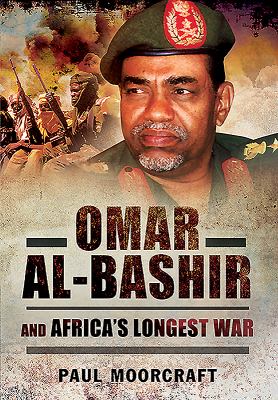 Call Number: DT157.65.B388 M66 2015 In Print Only
President Omar al-Bashir is Africa's and arguably Arabia's most controversial leader. In power since 1989, he is the first sitting head of state to be issued with an arrest warrant, for war crimes, by International Criminal Court. He has been a central personality in Islamic and African politics, as well as a love-to-hate figure for the US in the 'war on terror'. For military history readers, Al-Bashir is a field marshal who has fought possibly the world's longest conflict. Modern Sudan has been embroiled in war since 1955. No proper biography has been written on him before. Nor has there been a comprehensive military history of Sudan. The book briefly covers the military background until independence. Then it dissects the long north-south civil war until Bashir's Islamist military coup in 1989. Thereafter it narrates the wars in the east, south, west (in Darfur), International political and military intervention is also factored in. The author draws on in-depth one-on-one interviews with Bashir himself and his family and close political, military and intelligence colleagues. 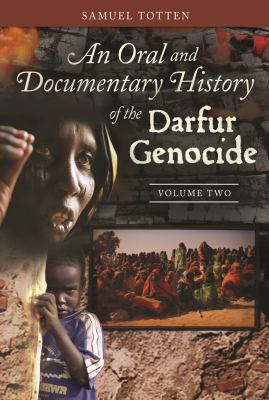 An Oral and Documentary History of the Darfur Genocide

Publication Date: DT157.672 .O73 2011 v. 1 & v. 2 In Print Only
An Oral and Documentary History of the Darfur Genocide presents the harrowing accounts of survivors and includes a collection of official documents delineating the international community's reaction to the Darfur crisis. In volume one, the survivors relate their experiences prior to, during, and following the genocidal events. Volume two is comprised of documents issued by the United States, the United Nations, and the ICC, each of which presents critical insights into how the international community has viewed and responded to the atrocities. The two-volume set is an invaluable record of the first genocidal act perpetrated in the 21st century. 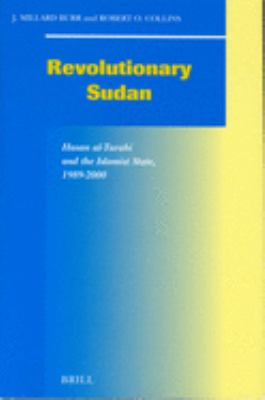 This volume investigates the objectives, activities and a decade of success and failure by Islamist military officers and civilians to create the first Islamic government in Africa after the coup d'état by Brigadier Omar Hasan Ahmad al-Bashir 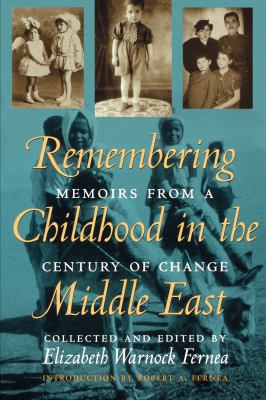 Remembering Childhood in the Middle East 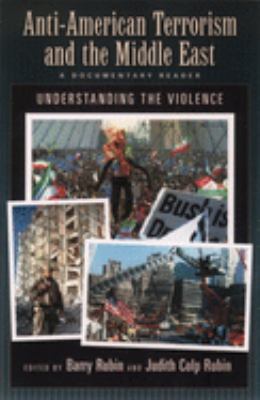 Anti-American Terrorism and the Middle East

After the September 11, 2001, terrorist attacks on the World Trade Center and the Pentagon, a stunned public asked: How could this happen? Why did the attackers do what they did? What did they hope to accomplish? This wasn't the first battle in a conflict that has included bombings of U.S. embassies and planes, the Iran hostage crisis, and kidnappings or shootings of American citizens. This unique volume sets out to answer these questions using the unfiltered words of the terrorists themselves. Over many decades, radical forces in the Middle East have changed and evolved, yet their basic outlook and anti-Western views have remained remarkably consistent. Barry Rubin and Judith Colp Rubin have assembled nearly one hundred key documents, charting the evolution of radical Middle East movements, their anti-Americanism, and Western policy response 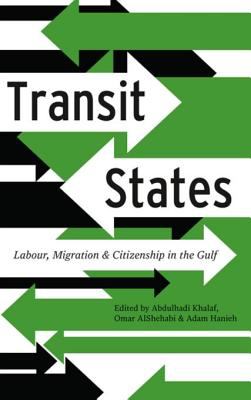 Transit States : Labour, Migration and Citizenship in the Gulf

There are vast swathes of people in economic migration across the Gulf states today. In total, Saudi Arabia, Kuwait, Bahrain, United Arab Emirates, Oman and Qatar form the largest destination for labor migration in the global South. This book studies the impact of this mass migration, and its effect on citizenship and workers' rights. Transit States considers how the transitory labor power these workers provide creates an extraordinary development boom that impacts neighboring countries. The majority of the working population is therefore composed of migrant workers with no citizenship rights. The Gulf takes a central place in growing debates around migration and labor in the global economy. Transit States confronts the precarious working conditions of migrants, in an accessible, yet in-depth manner.