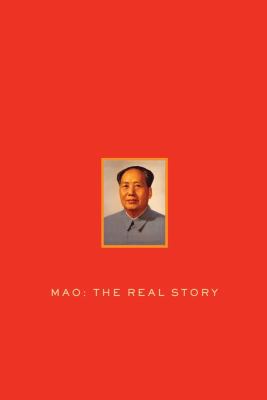 This major new biography of Mao uses extensive Russian documents previously unavailable to biographers to reveal surprising details about Mao's rise to power and his leadership in China. 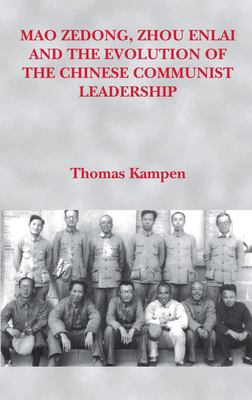 Mao Zedong, Zhou Enlai and the Evolution of the Chinese Communist Leadership

Analyses the power struggles within the Chinese Communist leadership between 1931 and 1945. 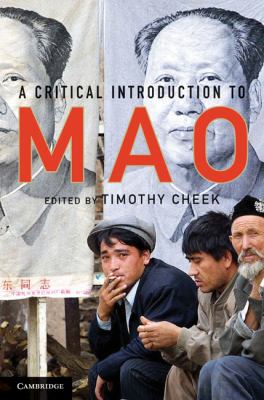 A Critical Introduction to Mao

Mao Zedong's political career spanned more than half a century. The ideas he championed transformed one of the largest nations on earth and inspired revolutionary movements across the world. Even today Mao lives on in China, where he is regarded by many as a near-mythical figure, and in the West, where a burgeoning literature continues to debate his memory. In this book, leading scholars from different generations and around the world offer a critical evaluation of the life and legacy of China's most famous - some would say infamous - son. The book brings the scholarship on Mao up to date, and its alternative perspectives equip readers to assess for themselves the nature of this mercurial figure and his significance in modern Chinese history. 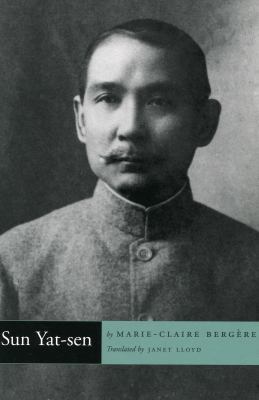 Available at JSCC Jackson Campus
Sun Yat-sen (1866-1925), the first president of the Republic of China, has left a supremely ambivalent political and intellectual legacy - so much so that he is claimed as a Founding Father by both the present rival governments in Taipei and Beijing. This book argues that the life and work of Sun Yat-sen have been distorted both by the creation of the myth and by the attempts at demystification. Its aim is to provide a fresh overall evaluation of the man and the events that turned an adventurer into the founder of the Chinese Republic and the leader of a great nationalist movement. 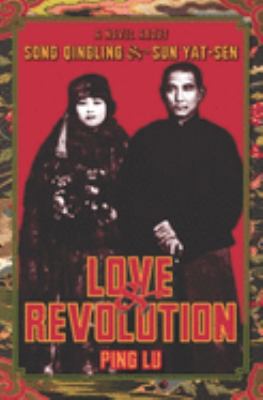 Love and Revolution: A Novel About Song Qingling and Sun Yat-sen

'Death is inevitably the end of a journey. Death also allows the journey to go back to the beginning. 'In this bold novel, one of Taiwan's most celebrated authors reimagines the lives of a legendary couple: Sun Yat-sen, known as the 'Father of the Chinese Revolution,' and his wife, Song Qingling 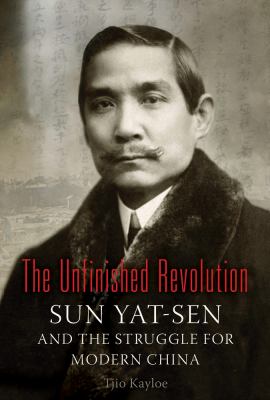 The Unfinished Revolution: Sun Yat-Sen and the Struggle for Modern China

The Unfinished Revolution is a superb new biography of Sun Yat-sen, whose life, like the confusion of his time, is not easy to interpret. His political career was marked mostly by setbacks, yet he became a cult figure in China after his death. Today he is the only 20th-century Chinese leader to be widely revered on both sides of the Taiwan Strait. In contrast, many Western historians see little in his ideas or deeds to warrant such high esteem. 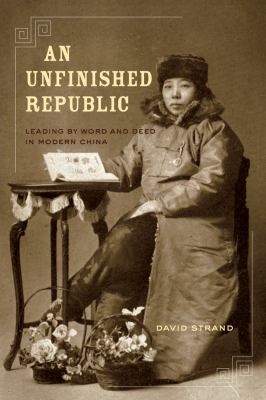 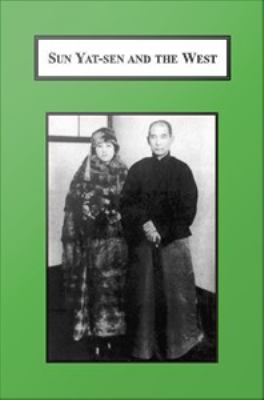 Sun Yat-Sen and the West: Western Influence on His Life and Thought

This book examines the impact of Western ideas and Christianity on the development of Sun Yat-sen's political thought and revolutionary activities. Regrettably Sun was not able to create a democratic Western type of government in unified China, something for which he struggled throughout all his life. 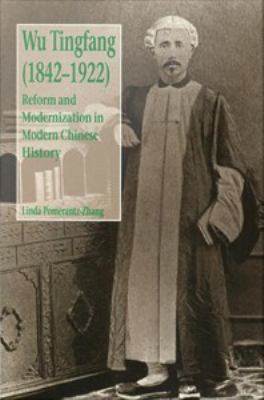 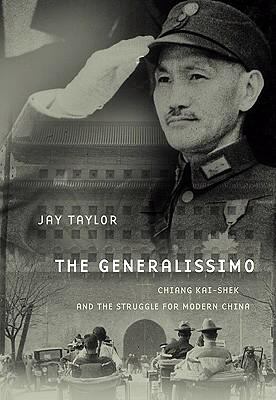 The Generalissimo : Chiang Kai-shek and the Struggle for Modern China

One of the most momentous stories of the last century is China's rise from a self-satisfied, anti-modern, decaying society into a global power that promises to one day rival the United States. Chiang Kai-shek, an autocratic, larger-than-life figure, dominates this story. Drawing heavily on Chinese sources including Chiang's diaries, The Generalissimo provides the most lively, sweeping, and objective biography yet of a man whose length of uninterrupted, active engagement at the highest levels in the march of history is excelled by few, if any, in modern history. 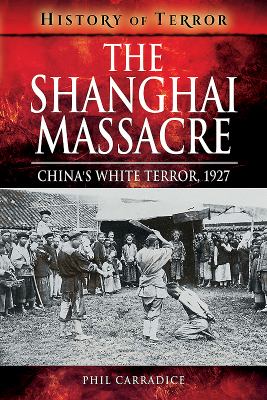 On 19 February 1927, the city of Shanghai fell silent as a general strike gripped the factories of the industrial district. A magnet for foreign traders and businessmen (British, French, American, then later Japanese), by the 1920s the pursuit of profit had produced one of the most cosmopolitan cities that the world has ever seen. Known as the Whore of the Orient, Shanghai was a melting pot where every imaginable experience or luxury from East or West could be enjoyed. But in 1927, the city's wealth was under threat: advancing from Guangzhou in the south of China was a Guomindang army, backed by the Soviet Union and in alliance with the Chinese Communist Party, which seemed to be a clear danger to the businessmen of Shanghai. However, the army's commander, Chiang Kai-shek, a conservative, was tiring of his allies. Plotting with Shanghai's most influential gangster, Chiang planned to rid himself of the Communists once and for all. The stage was set for a bloodletting in the streets of the city of Shanghai. 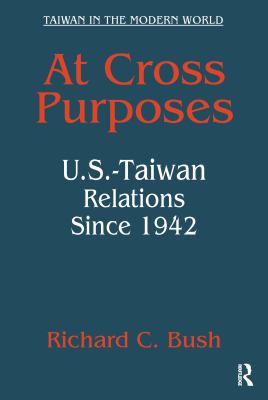 It fills an important gap in our understanding of how the U.S. government addressed Taiwan and the Taiwan Strait issue from the early 1940s to the present. One theme that runs through these essays is the series of obstacles erected that denied the people of Taiwan a say in shaping their own destiny: Franklin Roosevelt chose to return Taiwan to mainland China for geopolitical reasons; there was little pressure on the Kuomintang to reform its authoritarian rule until Congress got involved in the early 1980s; Chiang Kai-shek spurned American efforts in the 1960s to keep Taiwan in international organizations; and behind the ROC's back, the Nixon, Carter, and Reagan administrations negotiated agreements with the PRC that undermined Taiwan's position. In addition to discussing how the United States reacted to key human rights cases from the 1940s to the 1980s, the author also discusses the Bush and Clinton administrations' efforts to preserve U.S. interests while accommodating new forces in the region. 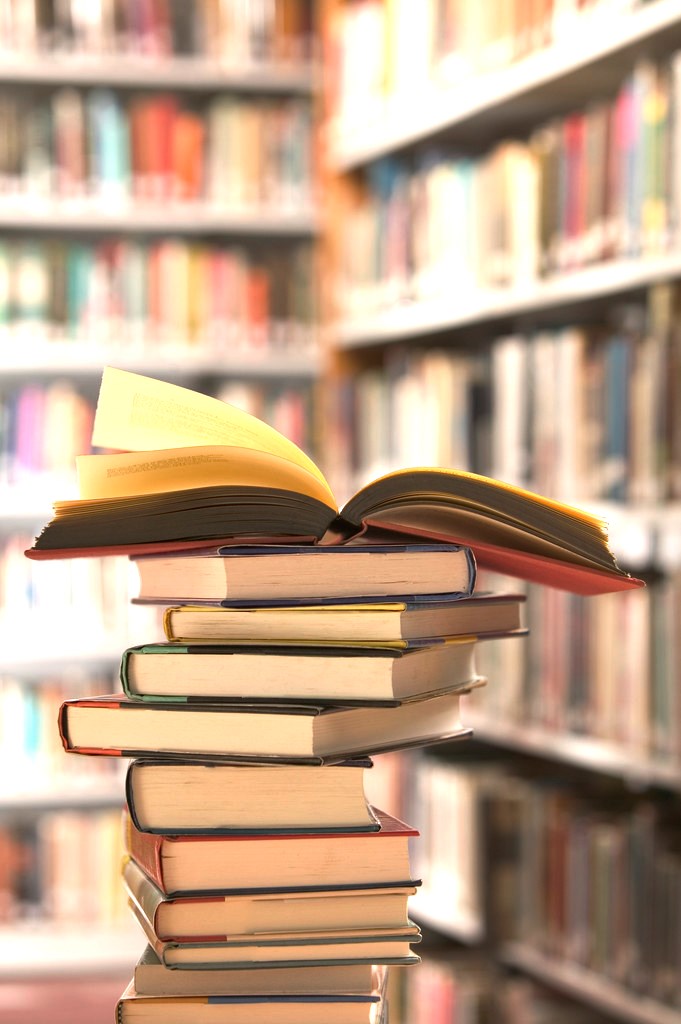 Two Republics in China : How Imperial China Became the PRC

Mr. Woo continues his history of China from 1911, when the Qing dynasty was overthrown after the death of Empress Dowager Cixi, to modern times: a tumultuous century that saw chaos and warlords, invasions, regime change, confiscation of property, and later a return to a mixed economy allowing some capitalist features. In fact, China now has over 100 billionaires - but many families lost everything along the way. To understand the context of today's international face-off in the South China Sea, readers will appreciate Woo's quick briefing on the extremely bloody Japanese invasion and subsequent repression (1937 to 1941) that left a deep imprint on China's worldview. Since the last decades of the Empire, the Chinese people suffered one seismic event after another as competing political factions fought from one end of the country to the other. Chiang Kai-shek brought a semblance of order by founding the Republic of China in 1928; but the Communist Party was growing, and then came Japan. After World War II, the Communists drove Chiang Kai-shek and his Nationalist Party out in 1949, and they retreated to Taiwan, taking with them the designation 'Republic of China'. Then the author describes the social and economic devastation that attended the establishment of the People's Republic of China, the repression of capitalists - business owners and property owners in particular - and the destruction of the educated classes. Today, China is moving toward the top position among world powers, a position it enjoyed for centuries prior to Britain's Industrial Revolution. But this has been one long march, indeed. 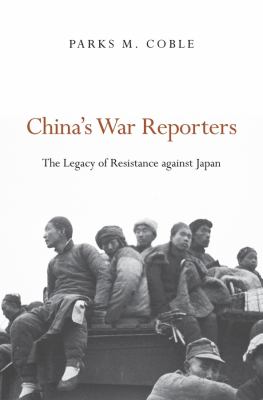 When Japan invaded China in 1937, Chinese journalists greeted the news with euphoria, convinced their countrymen, led by Chiang Kai-shek, would triumph. Parks Coble shows that correspondents underplayed China's defeats for fear of undercutting morale and then saw their writings disappear and themselves denounced after the Communists came to power. 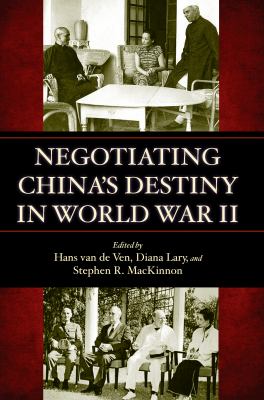 Negotiating China's Destiny makes the first sustained use of the diaries of Chiang Kai-shek (which have only become available in the last few years) and who is revealed as instrumental in asserting China's claims at this pivotal point. 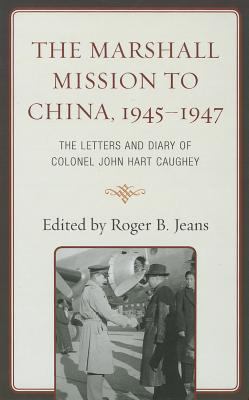 The Marshall Mission to China, 1945–1947 : The Letters and Diary of Colonel John Hart Caughey

the early Cold War, and the struggle for dominance in China between the Nationalists and Communists. The famous Marshall Mission to China has been the focus of intense scrutiny ever since General George C. Marshall returned home in January 1947 and full-scale civil war consumed China. Yet until recently, there was little new to add to the story of the failure to avert war between the Chinese Nationalists, under Chiang Kai-shek, and the Chinese Communists, led by Mao Zedong. 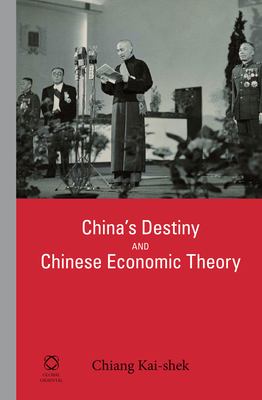 Chiang's classic work, first published in 1947, examines the challenges facing the modernization of China – from the humiliation of the unequal treaties, through to the struggles of the first half of the twentieth century.