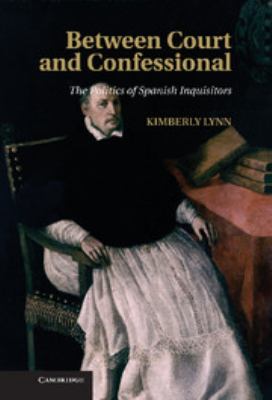 Between Court and Confessional

Between Court and Confessional explores the lives of Spanish inquisitors, closely examining the careers and writings of five sixteenth- and seventeenth-century inquisitors. 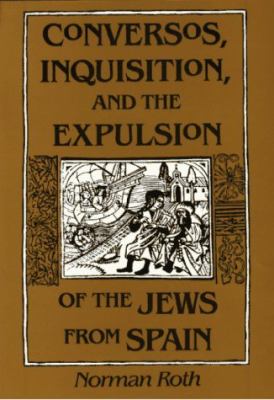 Conversos, Inquisition and the Expulsion of the Jews from Spain

The Jewish community of medieval Spain was the largest and most important in the West for more than a thousand years, participating fully in cultural and political affairs with Muslim and Christian neighbors. This stable situation began to change in the 1390s, and through the next century hundreds of thousands of Jews converted to Christianity. Norman Roth argues here with detailed documentation that, contrary to popular myth, the conversos were sincere converts who hated (and were hated by) the remaining Jewish community. Roth examines in depth the reasons for the Inquisition against the conversos, and the eventual expulsion of all Jews from Spain 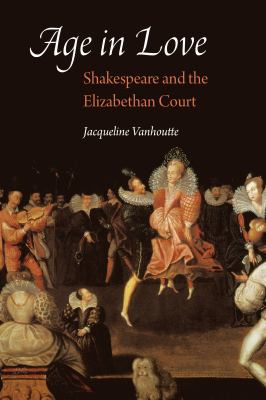 Age in Love : Shakespeare and the Elizabethan Court

Jacqueline Vanhoutte argues that this pattern of “age in love” pervades Shakespeare's mature works, informing his experiments in all the dramatic genres. Bottom, Malvolio, Claudius, Falstaff, and Antony all share with the sonnet speaker a tendency to flout generational decorum by assuming the role of the lover, normally reserved in Renaissance culture for young men. Hybrids and upstarts, cross-dressers and shape-shifters, comic butts and tragic heroes—Shakespeare's old-men-in-love turn in boundary-blurring performances that probe the gendered and generational categories by which early modern subjects conceived of identity. In Age in Love Vanhoutte shows that questions we have come to regard as quintessentially Shakespearean—about the limits of social mobility, the nature of political authority, the transformative powers of the theater, the vagaries of human memory, or the possibility of secular immortality—come to indelible expression through Shakespeare's artful deployment of the “age in love” trope. Age in Love contributes to the ongoing debate about the emergence of a Tudor public sphere, building on the current interest in premodern constructions of aging and ultimately demonstrating that the Elizabethan court shaped Shakespeare's plays in unexpected and previously undocumented ways. 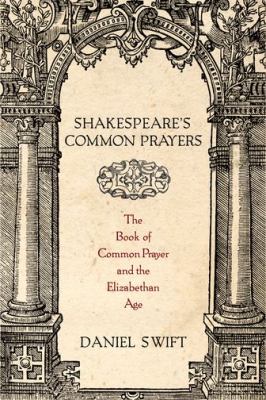 Societies and entire nations draw their identities from certain founding documents, whether charters, declarations, or manifestos. The Book of Common Prayer figures as one of the most crucial in the history of the English-speaking peoples. First published in 1549 to make accessible the devotional language of the late Henry the VIII's new church, the prayer book was a work of monumental religious, political, and cultural importance. Within its rituals, prescriptions, proscriptions, and expressions were fought the religious wars of the age of Shakespeare. This diminutive book--continuously reformed and revised--was how that age defined itself. In Shakespeare's Common Prayers, Daniel Swift makes dazzling and original use of this foundational text, employing it as an entry-point into the works of England's most celebrated writer. Though commonly neglected as a source for Shakespeare's work, Swift persuasively and conclusively argues that the Book of Common Prayer was absolutely essential to the playwright. It was in the Book's ambiguities and its fierce contestations that Shakespeare found the ready elements of drama: dispute over words and their practical consequences, hope for sanctification tempered by fear of simple meaninglessness, and the demand for improvised performance as compensation for the failure of language to fulfill its promises. What emerges is nothing less than a portrait of Shakespeare at work: absorbing, manipulating, reforming, and struggling with the explosive chemistry of word and action that comprised early modern liturgy. 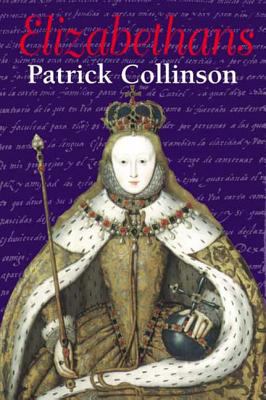 Examines the religious beliefs both of Elizabeth and of Shakespeare, as well as redrawing the main features of the political and religious structure of the reign. 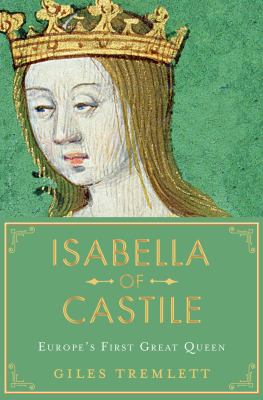 DP163 .T74 2017 Available for checkout at JSCC library in Jackson
1474. Castile was the largest, strongest, and most populous kingdom in Hispania-- and Isabella ascended the throne, a female ruler in a male-dominated world. Her marriage to Ferdinand of Aragon not only united their kingdoms, but began a royal partnership in which Isabella more than held her own. Tremlett chronicles Isabella's colorful life as she led her country out of the Middle Ages and harvested the ideas and tools of the Renaissance to turn her nation into a sharper, early modern state. 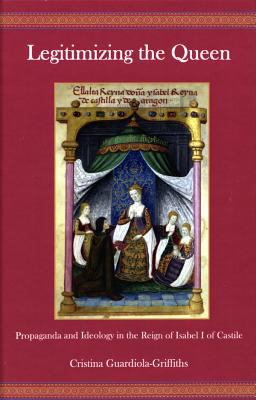 A mirror for the princess?: Advice books and the debate on women -- Politics and gender in the fight for Castile -- Legitimizing the Queen: Isabel the Catholic and the Poncella de Francia -- The transparent mirror: the application for justice in the Diálogo del prudente rey y el sabio aldeano -- The fractured portrait, a cracked mirror of ideals. 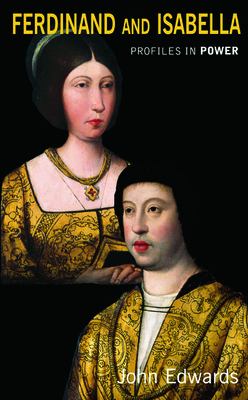 This book is about a couple, not a single, dominant ruler. Thus it raises issues of gender, and the dynamics of a marriage over thirty-five years, as well as the practice of monarchical power. The reader sees Ferdinand and Isabella struggle to establish their regime, and then work out an elaborate reform program in Church and State. It sees them fight a 'total war', by fifteenth-century standards, against Muslim Granada, leading to that kingdom's conquest, and an equally 'total' war, through the Inquisition and the Church in general, to convert Spanish Jews and Muslims to Christianity. 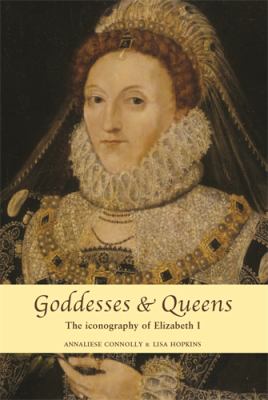 Goddesses and Queens: The Iconography of Elizabeth I is a collection of essays which explores the ways in which the rich and varied image of the queen was developed and negotiated by Elizabeth and her contemporaries, in portraits as well as a range of other printed texts. 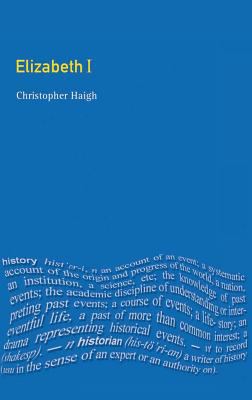 The reign of Elizabeth I was one of the most important periods of expansion and growth in British history - the "Golden Age". This celebrated and influential study reconsiders how Elizabeth achieved this, and the ways in which she exercised her power. It analyses the nature of her power through an examination of her relations with Parliament, the Council of Ministers, the Church, the nobility, military and the English people themselves. 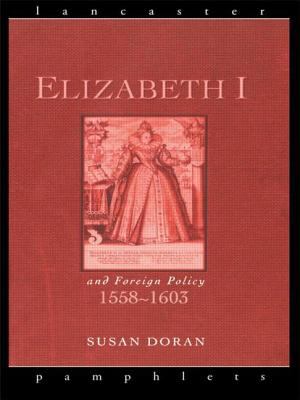 At her accession in 1558 Elizabeth I inherited a troublesome legacy with a long history of wars against France and Scotland. This international situation was becoming a huge financial burden on the English crown and economy.Elizabeth I and Foreign Policy describes and assesses England's foreign policy during the second half of the sixteenth century. It includes coverage of Elizabeth's relations with foreign powers, the effect of Reformation on foreign affairs, Elizabeth's successes as a stateswoman and the war with Spain. 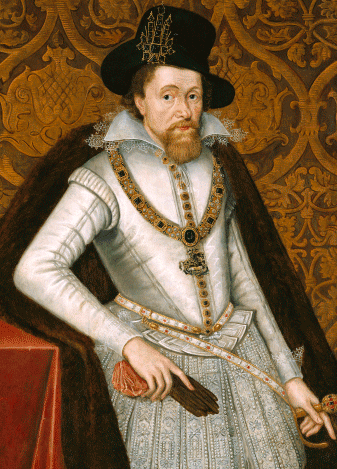 Letters of Queen Elizabeth and King James VI of Scotland

Some of Them Printed From Originals in the Possession of the Rev. Edward Ryder and Others From a Ms. Which Formerly Belonged to Sir Peter Thompson, Kt. 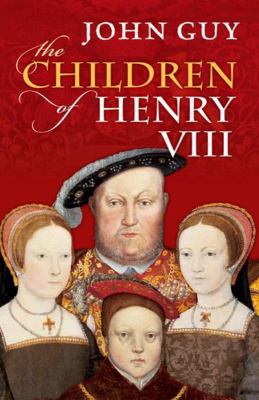 The Children of Henry VIII

Nothing drove Henry VIII, England's wealthiest and most powerful king, more than producing a legitimate male heir and so perpetuating his dynasty. To that end, he married six wives, became the subject of the most notorious divorce case of the sixteenth century, and broke with the pope, all in an age of international competition and warfare, social unrest and growing religious intolerance and discord. Henry fathered four living children, each by a different mother. Their interrelationships were often scarred by jealously, mutual distrust, sibling rivalry, even hatred. Possessed of quick wits and strong wills, their characters were defined partly by the educations they received, and partly by events over which they had no control. Henry Fitzroy, Duke of Richmond, although recognized as the king's son, could never forget his illegitimacy. Edward died while still in his teens, desperately plotting to exclude his half-sisters from the throne. Mary's world was shattered by her mother's divorce and her own unhappy marriage. Elizabeth was the most successful, but also the luckiest. Even so, she lived with the knowledge that her father had ordered her mother's execution, was often in fear of her own life, and could never marry the one man she truly loved. Henry's children idolized their father, even if they differed radically over how to perpetuate his legacy. To tell their stories, John Guy returns to the archives, drawing on a vast array of contemporary records, personal letters, and first-hand accounts. 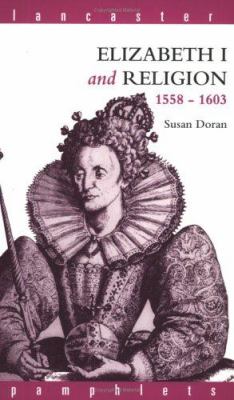 Susan Doran describes and analyses the process of the Elizabethan Reformation, placing it in an English and a European context. She examines the religious views and policies of the Queen, the making of the 1559 settlement and the resulting reforms. The changing beliefs of the English people are discussed, and the author charts the fortunes of both Puritanism and Catholicism. Finally she looks at the strengths and weaknesses of Elizabeth I as royal governor, and of the Church of England as a whole. 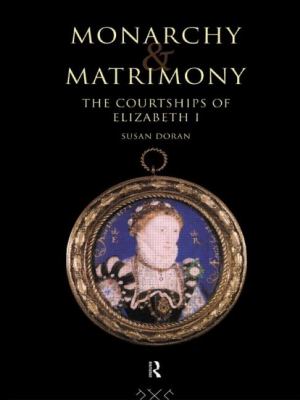 Monarchy and Matrimony is the first comprehensive study of Elizabeth I's courtships. Susan Doran argues that the cult of the `Virgin Queen' was invented by her ministers, and that Elizabeth was forced into celibacy by political necessity. Doran's detailed examination of the different suits is based on extensive archival research across Europe. Rather than focusing on Elizabeth's personality and image, she views the question within a wider political and religious context. She shows how the question of Elizabeth's marriage was divisive for England, affecting both political life and international relations, and provoking popular propaganda in the form of plays, poetry and paintings. 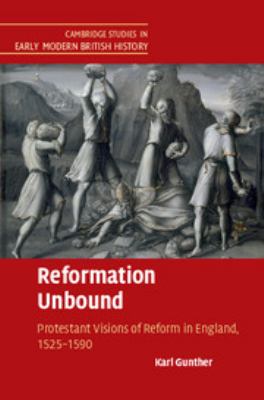 long the way, the book offers new interpretations of central episodes in this period of England's history, such as the 'Troubles at Frankfurt' under Mary and the Elizabethan vestments controversy. By shedding new light on early English Protestantism, the book ultimately casts the later development of Puritanism in a new light, enabling us to re-situate it in a history of radical Protestant thought that reaches back to the beginnings of the English Reformation itself. 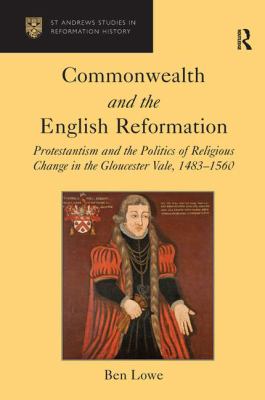 Commonwealth and the English Reformation

During the economic downturn of the mid-Tudor period, when urban and landed elites refocused their attention on restoring the commonwealth which they believed had broken down, they increasingly viewed the charity offered by religious houses as insufficient to meet the local needs. In such a climate the Protestant social gospel seemed to provide a valid alternative to which many people gravitated. Holding to scrutiny the revisionist revolution of the past twenty years, the book reopens debate and challenges conventional thinking about the ways the traditional church lost influence in the late middle ages, positing the idea that the problems with the religious houses were not just the creation of the reformers but had rather a long history. 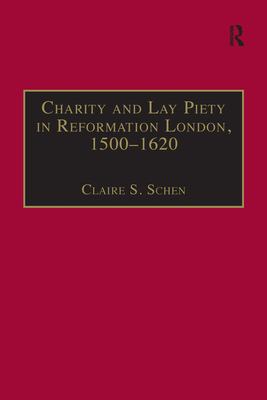 he degree to which the English Protestant Reformation was a reflection of genuine popular piety as opposed to a political necessity imposed by the country's rulers has been a source of lively historical debate in recent years. Whilst numerous arguments and documentary sources have been marshalled to explain how this most fundamental restructuring of English society came about, most historians have tended to divide the sixteenth century into pre and post-Reformation halves, reinforcing the inclination to view the Reformation as a watershed between two intellectually and culturally opposed periods.