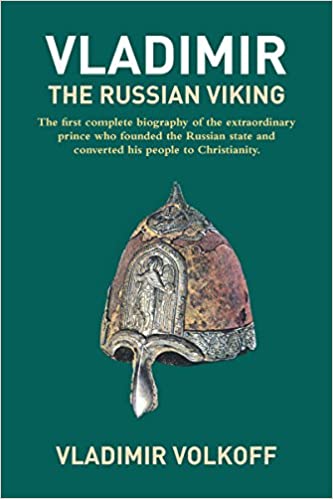 Available for Checkout at the JSCC Library Main Campus
Vladimir of Russia (960-1015), a prince of Viking origin, founded the Russian State and converted his people to Christianity. This is the first complete biography of his life, based on Russian, Greek, German, Arabic, and Icelandic sources. Endowed with exceptional talents as a warrior, diplomat, and administrator, Vladimir seized his brother's throne and expanded his rule over the whole of Russia. A shrewd, hospitable, and progressive ruler, later to become the benevolent "Red Sun" of Russian folklore, he adopted the Christian faith from the Greeks in 989 and is now recognized as a saint by the Christian churches. Vladimir Volkoff has written several plays and novels and has won the Grand Prix du Roman de l'Academie Francaise, the Prix Chateaubriand, and the Prix Jules Verne. 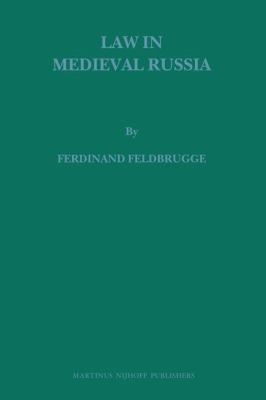 An analysis and discussion of the most important factors in the formation of the law in medieval Russia, dealing with such topics as the possible influence of Roman law, the Russkaia Pravda, the roles of princes and popular assemblies, and the theoretical framework for studying ‘early law'. 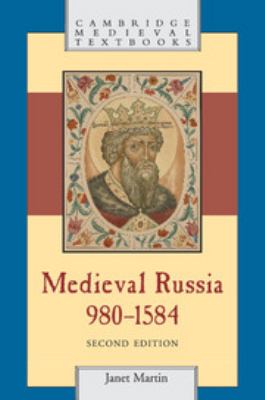 This revised edition is a concise, yet comprehensive narrative of the history of Russia from the reign of Vladimir I the Saint, through to the reign of Ivan IV the Terrible. Supplementing the original edition with results of recently published scholarship as well as her own research, Janet Martin emphasizes the dynamics of Russia's political evolution from the loose federation of principalities known as Kievan Rus' through the era of Mongol domination to the development of the Muscovite state. Her analyses of the ruling dynasty, of economic influences on political development, and her explorations of society, foreign relations, religion, and culture provide a basis for understanding the transformations of the lands of Rus'. Her lines of argument are clear and coherent; her conclusions and interpretations are provocative. The result is an informative, accessible, up-to-date account that will be of interest to both students and specialists of early Rus'. 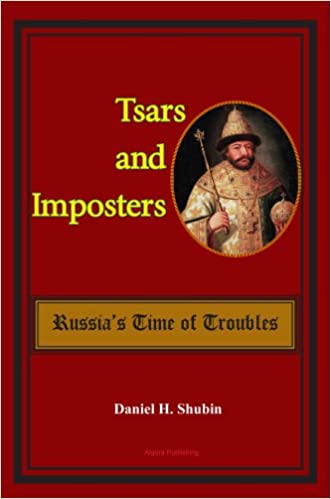 Incomparable villains and heroes surge through the history of medieval Russia. Ivan IV may have been dubbed the Terrible, but when he died, the Rurik dynasty that had ruled Russia for centuries came to an end. And what followed was far worse. This volume is the history of Russia's struggle through a period of weak rulers, false pretendants to the throne, foreign invasions and civil strife. Even the weather was disastrous, and famine was inevitable. War, butchery and betrayals ensued until the Romanov Dynasty took control. This is an original translation from classic Russian sources. 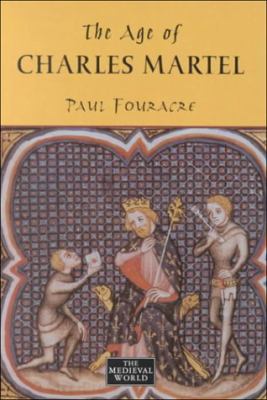 Available at JSCC Jackson Campus
First glorified as the Savior of Christendom and then vilified as an enemy of the Church, Charles Martel's career has been written and rewritten from the time of his descendants. This important new study draws on strictly contemporary sources to assess his real achievements and offers new insights into a fascinating period. 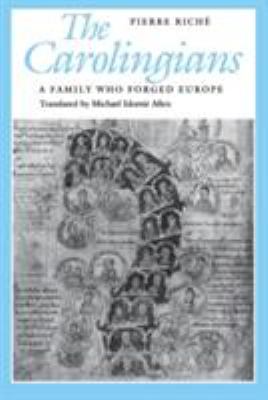 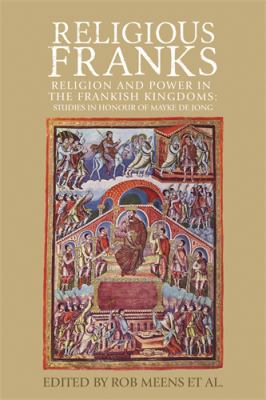 Religious Franks: Religion and Power in the Frankish Kingdoms

This volume in honor of Mayke De Jong offers twenty-five essays focused upon the importance of religion to Frankish politics, a discourse to which De Jong herself has contributed greatly in her academic career. The prominent and internationally renowned contributors offer fresh perspectives on various themes such as the nature of royal authority, the definition of polity, unity and dissent, ideas of correction and discipline, the power of rhetoric and the rhetoric of power, and the diverse ways in power was institutionalized and employed by lay and ecclesiastical authorities. As such, this volume offers a uniquely comprehensive and valuable contribution to the field of medieval history, in particular the study of the Frankish world in the eighth and ninth centuries. 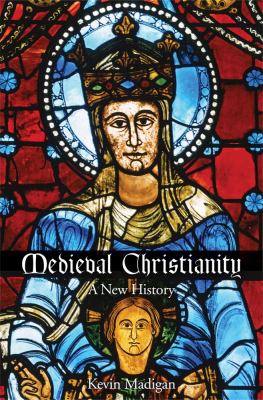 This new narrative history of medieval Christianity, spanning from A.D. 500 to 1500, attempts to combine both what is unfamiliar and what is a familiar to readers. Elements of novelty in the book include a steady focus on the role of women in Christianity; the relationships among Christians, Jews, and Muslims; the experience of ordinary parishioners; the adventure of asceticism, devotion and worship, and instruction through drama, architecture, and art. Madigan expertly integrates these areas of focus with more traditional themes, such as the evolution and decline of papal power, the nature and repression of heresy, sanctity and pilgrimage, the conciliar movement, and the break between the old Western church and its reformers. 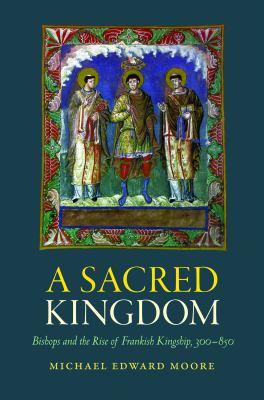 A Sacred Kingdom: Bishops and the Rise of Frankish Kingship, 300-850

Drawing on the records of nearly 100 bishops' councils spanning the centuries, alongside royal law, edicts, and capitularies of the same period, this study details how royal law and the very character of kingship among the Franks were profoundly affected by episcopal traditions of law and social order. 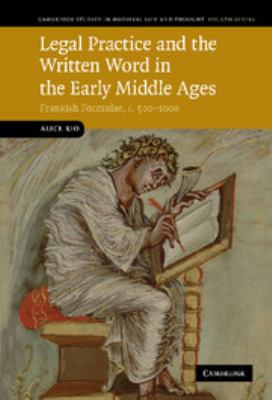 By examining Frankish legal formularies from the Merovingian and Carolingian periods, this book provides an invaluable, detailed analysis of the problems and possibilities associated with formularies, and will be required reading for scholars of early medieval history. 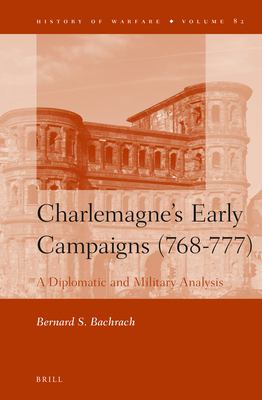 Charlemagne's Early Campaigns is the first book-length study of Charlemagne at war. The neglect of this subject has truncated our understanding of the Carolingian empire and the military success of its leader, a true equal of Frederick the Great and Napoleon. 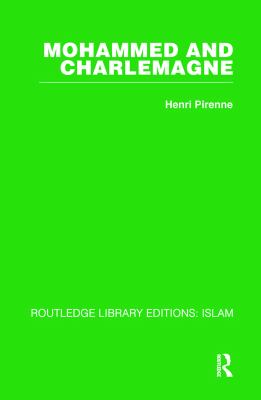 This posthumous work of the renowned scholar Henri Pirenne (originally published in 1939) offered a new and decisive explanation of the evolution of Europe from the time of Constantine to that of Charlemagne. His revolutionary ideas overthrew many of the most cherished conceptions concerning the Middle Ages: namely that 'the Germanic invasions destroyed neither the Mediterranean unity of the ancient world, nor the essential features of Roman culture 'and that 'the cause of the break with the tradition of antiquity was the advance of Islam…' 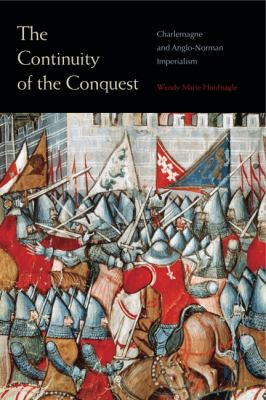 The Continuity of the Conquest: Charlemagne and Anglo-Norman Imperialism

The Norman conquerors of Anglo-Saxon England have traditionally been seen both as rapacious colonizers and as the harbingers of a more civilized culture, replacing a tribal Germanic society and its customs with more refined Continental practices. Many of the scholarly arguments about the Normans and their influence overlook the impact of the past on the Normans themselves. The Continuity of the Conquest corrects these oversights. Wendy Marie Hoofnagle explores the Carolingian aspects of Norman influence in England after the Norman Conquest, arguing that the Normans' literature of kingship envisioned government as a form of imperial rule modeled in many ways on the glories of Charlemagne and his reign. She argues that the aggregate of historical and literary ideals that developed about Charlemagne after his death influenced certain aspects of the Normans' approach to ruling, including a program of conversion through “allurement,” political domination through symbolic architecture and propaganda, and the creation of a sense of the royal forest as an extension of the royal court. 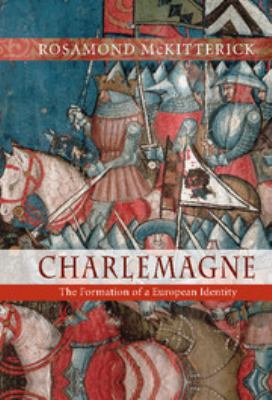 Charlemagne : The Formation of a European Identity

Charlemagne is often claimed as the greatest ruler in Europe before Napoleon. This magisterial study re-examines Charlemagne the ruler and his reputation. It analyses the narrative representations of Charlemagne produced after his death, and thereafter focuses on the evidence from Charlemagne's lifetime concerning the creation of the Carolingian dynasty and the growth of the kingdom, the court and the royal household, communications and identities in the Frankish realm in the context of government, and Charlemagne's religious and cultural strategies. The book offers a critical examination of the contemporary sources and in so doing transforms our understanding of the development of the Carolingian empire, the formation of Carolingian political identity, and the astonishing changes effected throughout Charlemagne's forty-six year period of rule. This is a major contribution to Carolingian history which will be essential reading for anyone interested in the medieval past. 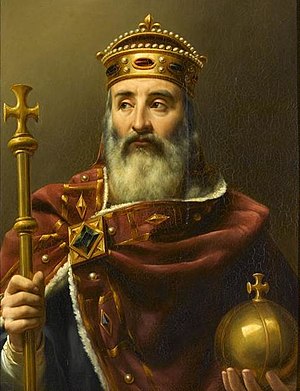 The life of Charlemagne 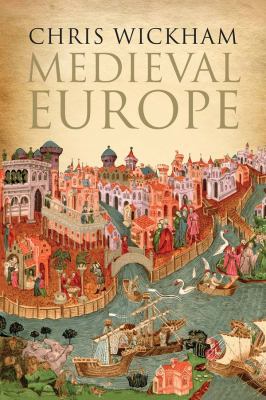 A spirited and thought-provoking history of the vast changes that transformed Europe during the 1,000-year span of the Middle Ages The millennium between the breakup of the western Roman Empire and the Reformation was a long and hugely transformative period—one not easily chronicled within the scope of a few hundred pages. Yet distinguished historian Chris Wickham has taken up the challenge in this landmark book, and he succeeds in producing the most riveting account of medieval Europe in a generation. Tracking the entire sweep of the Middle Ages across Europe, Wickham focuses on important changes century by century, including such pivotal crises and moments as the fall of the western Roman Empire, Charlemagne's reforms, the feudal revolution, the challenge of heresy, the destruction of the Byzantine Empire, the rebuilding of late medieval states, and the appalling devastation of the Black Death.